Native to southern Brazil, Paraguay, Uruguay, and Argentina, the Tillandsia aeranthos is often known in these regions as “Claveles del aire”or “carnations in the sky.”They grow throughout varying altitudes including just at sea level to higher regions above sea level. In the wild,  aeranthos air plants are often pollinated by hummingbirds. 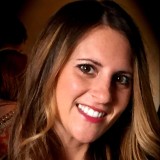